What if I want to move out of state with my child?

For a number of reasons, Massachusetts residents may have to move out of state. For instance, a job opportunity may present itself which is just hard for a parent to pass up, even if the job change will also require a move.

In other cases, a parent may need to move for other important reasons like caring for a relative or even getting away from an abusive relationship.

Like other states, Massachusetts has laws governing when a parent who is subject to a child custody order, like a divorce or paternity decree, can move out of Massachusetts with her children.

The basic rule is that, before leaving Massachusetts, a parent must ask permission to move out of Massachusetts with his children.  Like other cases involving custody and parenting time, a judge will grant permission for the move if it is in the child’s best interests. A court will consider a number of factors when doing so.

These rules will not apply in all child custody cases. For instance, a parent only has to ask permission if her child was born in Massachusetts or has lived in the state for five years.

The child must also not be of the age where she can consent to the move. The court must also have the legal authority to make decisions about the child’s custody arrangement. However, a Massachusetts court will generally have jurisdiction if there is an ongoing divorce case involving the family.

Even if a parent does not think the law applies to her situation, it is still a good idea for her to consider speaking with an attorney before planning the move. 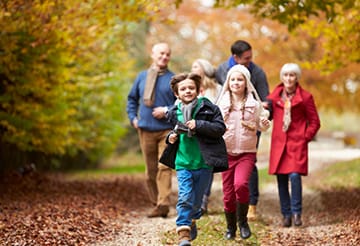